This year’s Black History Month theme, ‘Time for change: action not words’, was explored through a variety of activities at all Services for Young People projects throughout October.

Last month, young people attending Services for Young People (SfYP) projects across the county celebrated the continued achievements and contributions of Black people in Hertfordshire, the UK and worldwide as part of the national Black History Month celebrations. The focus of the sessions was the future. From watching documentaries about influential black people to discussing the Black Lives Matter campaign, young people were encouraged to use their creativity in a range of ways to express what Black history means to them.

Young people at our Watford, Three Rivers and Hertsmere projects created artworks on canvas as part of a competition run in partnership with Three Rivers District Council. The winning pieces were showcased at Watersmeet Theatre in Rickmansworth during the Black History Month film festival.

Similarly, the SfYP Welwyn Hatfield Team worked in conjunction with Welwyn Hatfield Borough Council to arrange an art competition for the young people in their area. All the entries were displayed during October half term at the Mill Green Museum in Welwyn Garden City. These are the winning entries: 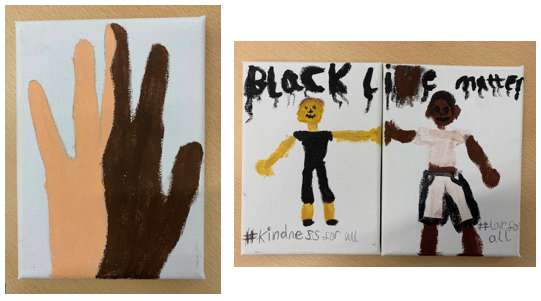 At our young people’s centres in Potters Bar and Borehamwood, discussions took place about different cultures and experiences, and the young people created empowering awareness-raising banners. During this activity, the young people decided that they wanted to see more cultures and beliefs represented in everything they do throughout the year, not just in October.

In St Albans and Dacorum, young people used graffiti-style art to document the challenges faced by Black people and discussed barriers to tackling discrimination and actions that could be taken.

At our projects in North Herts and Stevenage young people learnt about the Windrush generation and reflected on the impact of Black history by making posters, poems and songs sharing their experiences. Herts Music Service also led African drumming sessions exploring the influence of African music on Black culture.

“Racism still happens at school and that is why we should all be anti-racist.”

“This has made me think I want to find out about my friends experiences to understand more.”

“I didn’t know what the Windrush was until tonight, so I learnt something new.”

To find out more about our inclusive SfYP projects and ongoing projects for young people from Black and mixed ethnic backgrounds, please use these links:

SfYP projects for young people in your area 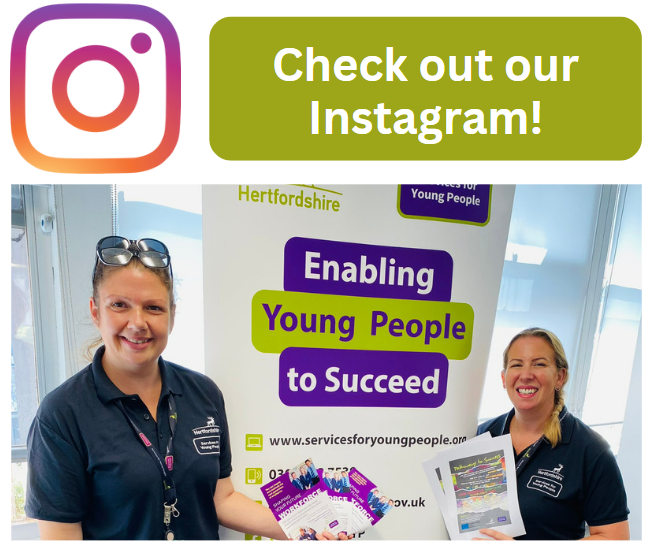